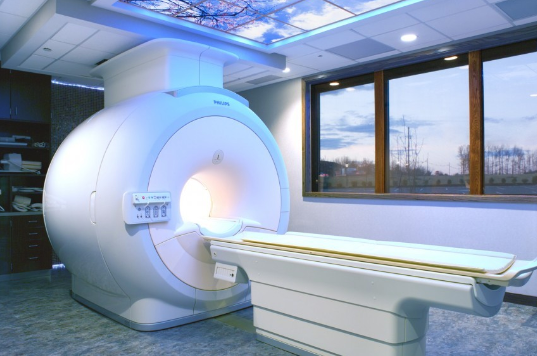 Psychology is the science of everything. Let’s build up to the above statement. Psychology is the study of human mind and behaviour including the intricate study of the brain’s tech. Every idea originates in the form of a thought process and each thought process is carefully structured and manufactured by the brain. Thus, studying the brain entails studying every thought or idea, leading to the established opinion.

Talking about the other variable involved, the hero of the modern world – technology. We see the employment of tech in EVERYTHING around us. Be it sewage systems or high-level security, there is always confidential data involved.

With the word “EVERYTHING” common, this article talks about the involvement of modern technology in the world of psych. From MRI machines, EEGs, and the famous and exciting gadget called Virtual Reality (VR).

Magnetic Resonance Imaging, abbreviated as MRI, is in layman terms the imaging of any organ. This technology produces detailed 3D images and is often used to detect any disease or monitor treatments.

MRIs employ powerful magnets that force the protons (Hydrogen atoms in the water that evidently occupies 70 percent of the body) in the body to align with the magnetic field. A radio-frequency current is then passed through the patient which excites the protons, and they spin out of equilibrium. On turning off the current, they release energy while trying to get back in alignment with the magnetic field. This energy is detected by the MRI sensors and thus the image is produced. An interesting thing is that the faster the protons realign, the brighter is the image. Thus, before an MRI (in which a patient is essentially put into a giant magnet) the patient is given chemicals or agents which increase the rate at which protons can realign.

In the brain, MRI can distinguish between grey and white matter, and can detect tumors and aneurysms. Imaging the brain of an individual can help in understanding its structure as well as detect any injury.

An advanced version of the MRI is the fMRI or the functional magnetic resonance imaging. This is used to observe which part of the brain is activated (uses more oxygen) to perform any cognitive task. Comparing the ideal scenarios and logistics with the fMRI results of any individual can then help identify any neurological disorders.

Another smart piece of work which, again, helps in detecting any abnormal activity in the brain is the EEG. An ElectroeEncephaloGram is the recording of the brain’s activity.

This test records the electrical signals of the brain by using small metal discs, called electrodes, that are attached to the scalp. It’s basically a snapshot of your brain’s activity at a given time seen as wavy lines on the output screen. There is a normal pattern of brain activity for each state or task. Naturally, if the normal pattern of the brain waves is disrupted, it becomes an indicator of a certain brain disorder.

Seeing the assistance of tech in detecting abnormalities, one could assume about it ACTUALLY HELPING in treating the disorder.

This leads me to discuss the invention called Virtual Reality. It can be considered as an alternate fake world seen and felt by the viewer. How does it help in treatments? It sounds like an exciting game but with great use for patients suffering from PTSD (Post-traumatic stress disorder) or phobias.

“A great way to conquer your fear is by facing it”. This is exactly how a VR is used by psychologists and psychiatrists to help the sufferers face their fear and hence reducing the intensity of the fear after each session. PTSD is a mental health condition that’s triggered by a terrifying event – either experiencing it or witnessing it. It causes nightmares and flashbacks, avoidance of objects or places that can bring back the memories of the event or sometimes even denial.

Virtual Reality Exposure Treatment (VRET) is an effective treatment for such conditions as it can take the person back to that traumatic memory and help him/her re-experience it until he/she is no longer afraid or terrorized by what happened. Similarly, people with height phobias are made to experience walking at some height above the ground, gradually increasing the height every session, and at the same time tending to the responses by the patient until finally the patient is accustomed and ready to face his/her face in real life.

Although this is not the ONLY way to cure such conditions and medications do play a role, Virtual Reality has definitely made it easier for medical practitioners to help patients.

To conclude, we see the connection between psychology and technology clearly now, but does it only help with mental illnesses? OR can it be a cause for one too? Answer to this in the next part!!