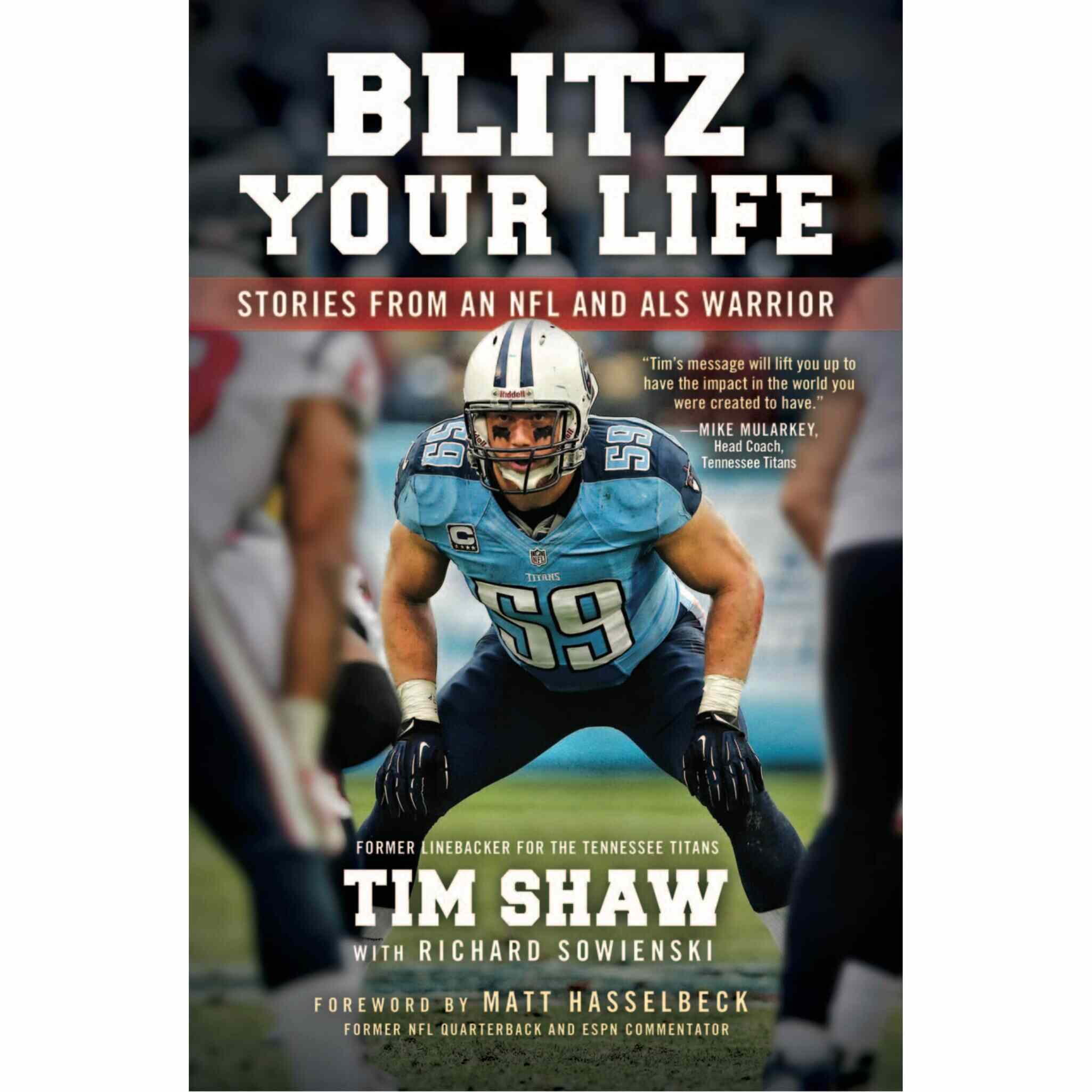 Hi All, after a lot of talk about Gil Weinberg, let’s move on to a few more such inquisitive minds. And their creations which just might get you thinking about the way you live your life might interest your even more.

Today we will be talking about Tim Shaw. A lot of football fans out there might recognize him. a legend from the beginning, in his sixth grade itself Tim won his first trophy. That was the first time his coach said to his parents, “This kid would go a long way.”. But how this life would end, no one would even have had guessed at.

Since his first trophy, Tim took it seriously. All the late-night push-ups in his room to being the first one at practice, he was nothing if not serious. He had defined his life with three letters ‘N.F.L’. However, soon disaster struck…

After being promoted to the NFL, suddenly his body started responding in different ways. He began acting in manners in which he would never have had made decisions, even in his game. His performance dropped so much that the Titans, his dream team cut him out. Then after 6 months, a doctor finally told him what he was going through. And also about what he should expect from his life here on…

The picture on the side shows Tim before and after he was diagnosed with ALS.

The three letters that the doctor told him were not the three letters that wandered in his dreams but rather a bomb to human imagination. They were ‘A-L-S’, short for Amyotrophic Lateral Sclerosis. And yes, this is indeed as terrible as it sounds. It basically causes the death of neurons controlling the voluntary muscles of the human body. An indirect way of way saying that he would barely be able to talk forget about walking or running.

This nightmare of a condition implied that he had to think twice every time before moving a single muscle. Once in his interview, he said that a few months after his condition, his phone was not able to understand what he said when he said, “Call Dad”. And we have all felt, how irritating it is when someone just doesn’t understand what we are trying to imply.

But help was on its way or at least, kinda… Julie Cattiau, a product manager at Google who was working on project Euphonia was trying to work on something similar to Tim’s condition. Project Euphonia has two working grounds. Firstly improve speech recognition for people having a variety of medical conditions. And the other to give people their voice back.

That brings in Speech Recognition. Before we come to the ALS people, let us first understand regular people. People like us! Here’s how?

First off, the sound produced by us is converted into a waveform. Something like, you can say like a picture of our sound. Then this picture is matched up with waveforms or pictures of words already stored in the language database. And this is where Machine Learning takes over. Millions of samples are taken into consideration, trying to match the input sounds to output words. Then the algorithm uses Grammar rules, such as syntax, subject-verb agreement, and predicts words to fill up the sentence. This is how one, especially an AI, can tell the difference between “there”, “their”, and “they’re”.

But this only works for the voices of normal life. But when it comes to diagnosed people, they live in really tragic circumstances and the going does really get tough! For them such people there is a whole different procedure. We have to collect voice samples for such individuals. And that is nearly impossible because these people are approached only after their diagnosis. And by this time, they themselves are not able to believe that the voice that is speaking is their own.

However, the problem is that you do not expect every person to upload around 15,000 voice samples. So, while we try to help we have to make do with whatever we have. But Tim here, with his inspiring inspiration to not just live but also to help out, recorded and supplied researchers about 2000 samples.

Now the million-dollar question is how do you work on them? So initially, the idea is to give the existing speech recognizer a sentence. This recognizer is expected to fail. And then as and when it fails, we toggle about with its parameters till…Boom! The recognizer is perfectly suitable and ready to go live for the specific individual.

So here on, we just have to make it to read the sentence out loud in a voice that already belonged to that someone. Also known as Voice Synthesis. Luckily, Tim Shaw is a football star, his voice was still live. Because there existed loads of voice samples before he was diagnosed. Thus, indeed luckily, his voice was not totally lost.

Then as we put in piece and piece, we do have a speech imitator. This device takes in his sentences and produces them as the output voice of the famous football star that we all know, Tim Shaw. A part that was long forgotten by Tim and his family.

Also, the post title is given with regards to Tim Shaw’s own autobiography “Blitz Your Life.”

…hope you enjoyed this long read, but next time you say ‘Ok Google’ you just might know how it works and probably even alter the way you live!!

#Bringing joy in Everyone’s life _ A.I.
@hridaysk – signing out for today…See you with a new post on a new day, goodbye!!!

Surely check out the video of Tim Shaw where he shares his xperience with ALS and also tells us about Life with A.L.S.

P.S.:-
All expressions in this post are copyrighted to the author (Hriday Kharpude ©).