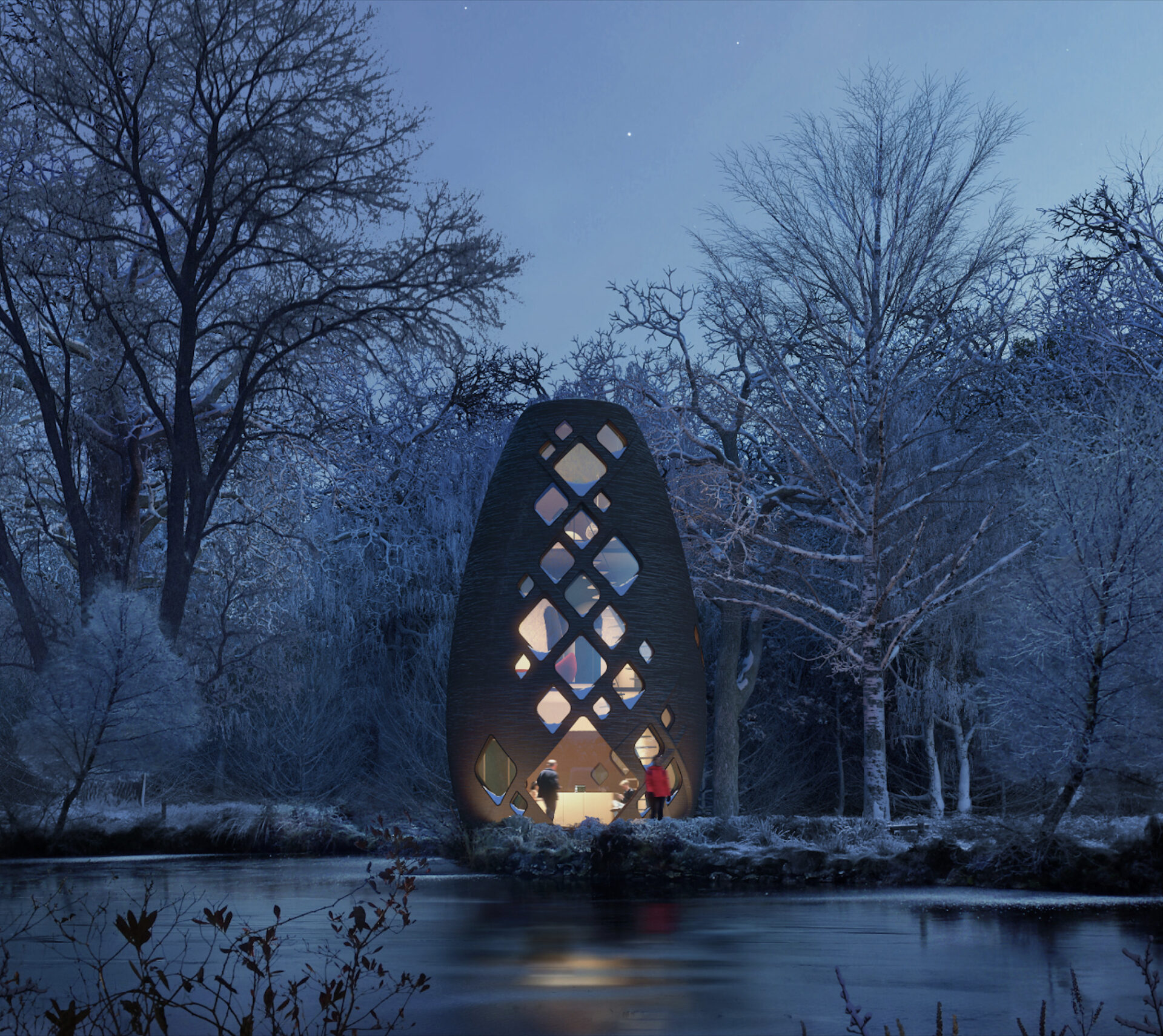 Hi All! I know you guys have been waiting for the second part of the Challenging Habitats post but my apologies for the delay. However, thank you for the motivation you all provided last time which made me pick myself up and write the follow-up post to the last one. So here it is… Enjoy!!!

“My wildest dreams is to get us into space faster but also revolutionize the way things are built on Earth”, was one statement by Jeffrey Montes that somewhat resonated within me, but is challenging all the same.

For those who don’t know Jeffrey Montes yet, you’ve most probably missed out on the first part of this article. So before continuing, just go and read this 3-minute read first – click here!

But that is not what this post is about. This is about two things, the structural outline of the habitat and the material used for construction. And beware, Habitat on Mars!

In the past we would have had to use experience and empirical evidence to figure out what to build…but this time we have A.I., #NeverNeedExperienceEverAgain. (Those who did not get that joke, you are either not Indian or you are still too young…😂😂).

So, what I wanted to say is that this is the reason why A.I. is so transformative in the field of Space Exploration. It is because it can study millions of permutations against each other with data or #Experience of decades filled in its systems. Thus helping to come to a logical (or maybe not but still practical) solution. This is what is also called in a fancy manner as Generative Design. Literally meaning, machines learn to do what architects do.

This, although not of much use on Earth is very helpful in creating structures and doing virtual tests of every climatic condition on Mars upon the durability of the habitat. This durability test could include structural strengths, temperature insulation. But those are just toppings, the (super challenging)Vanilla includes

-Giant asteroids hurtling at you 24/7

However, all of this is overcome under a (symbolic) vertical egg-shaped design that performs superiorly to its “fellow structural designs”. But the egg shape is also one of the most difficult structures to 3d print. Even as a toy. And here we are talking about it as a habitat. It’s like asking a junior artist to paint Mona Lisa. But luckily the team had to print a 1/3rd model of that structure to scale(unlike school geometry diagrams😂).

Now the second question lingering in everyone’s mind is the material. You can’t transport it, and you cant build the habitat out of nothing so there’s just one possible conclusion…you have to build with whatever is available on Mars. But…isn’t it mostly Basalt?

Well, the straight answer is yes. But, irrespective of how it sounds, Basalt is not disappointing. Getting the right mixture with something sticky and we might just have a material good enough to sustain the mini-asteroids. Luckily, AISpaceFactory found just the right mix: Basalt, combined with a plastic polymer made out of corn. And that is not weird, you read that right, a “plastic polymer” made out of the edible Corn!

Test corn being grown for conversion into plastic polymer!

Also, if you are surprised after reading this, don’t be, because so was I when I first heard it. But Corn will have to be GROWN on Mars, HARVESTED on Mars, and then used for creating the building material. Obviously, all of this has to be done by a robot! “Nothing to make a fuss about”😂

Just thinking about the entire process makes my mind explode(not just with questions, but literally explode), however, the end result is worth the trouble. As tested in real life at the NASA competition, just a 1/3rd model of the structure made with the exact same material is successfully able to withstand a challenging 90 tons weight without a scratch.

And I think everyone would agree that this material, although it’s tremendously challenging creation process, is worth the trouble. Especially because of its structural integrity over tremendous pressure which gives it an upper hand over the regular day cement.

And finally, along with thanks for reading this far, I have a request for you! Just sit back, and imagine yourself living on Mars. Imagine yourself on the low gravity surface. And as you enter your space called “home”, you look back and see some hundreds of robots buzzing away, harvesting corn and creating building material for other homes. Homes where someday your friends from Earth will come join you…

Let the imagination ring inside your head for a while now, but let me take your leave here…

…hope you enjoyed this extensive read which just might have sparked an innovative “fire” in your mind.
#Actuating imagination for the better __ A.I.

If you read this article for the first time, don’t miss out on this it’s first part!

See you guys on a new day with some new revolutionizing tech.